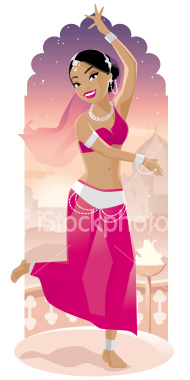 Once upon a time in the city of filmisthaan lived two girls namely, Munni and Sheela. Sheela was Munni’s devar’s ex girl friend.

MUNNI  had gulaabi gaal, sharaabi nain and nawabi chaal. She had 'phigure' like that of Shilpa and charisma like that of Bebo. Then one day, she went to a desi daaru adda did some 'thumkey', 'latkey' ,'jhatkey' and thus became 'badnaam'. Sareaam she offered herself to her darling and further went on to become a Zandu Balm - not a pain relieveing Zandu balm but one that induces pain in the err...head of 'mango people' who like to watch some descent shows on TV and listen to some descent music.
Maaney na Maaney koi, yeh duniya was sheela ki deewani - so claimed SHEELA herself.  During the mid 2010, Sheela had entered into ‘Rajneeti’ and she used to elegantly dress in saaris and salwar kameez. But one day, she went to a metropolitan discotheque with skimpy outfit and danced to some peppy beats and announced that she was ‘jawan’. Little later Sheela suffered from amnesia as she kept screaming ‘whats my name, whats my name ??


Now Munni’s 'badnaami' and Sheela’s 'jawani' are well publicised topics in the Indian media and have constantly filled in newspaper columns, TV, Radio, SMS,  you tube videos, blog posts etc. The music artists who like to make remix videos by picking popular songs and featuring in them with minimal clothes are disappointed with Munni and Sheela because together Munni and Sheela have put these artists out of game. Poor guy Sallu is also upset because pehely bhaabhi badnaam hui aur ab ex-girl friend haath nahi aa rahi hai!
FM radio stations and other websites across India have analysed who among the two is more popular based on various parameters such as branding, costumes, latkey jhatkey etc etc . They  have confirmed that Sheela is more popular than Munni. Rightly so, afterall Sheela,  is 'jawaan' as well as 'badnaam' whereas Munni is just badnaam.

Munni and Sheela probably lived happily ever after becoming badnaam and jawaan and generating revenues for 'filmisthaan' and for themselves by signing up for endorsements.


OK, Kahaani khatm. Serious stuff now - I can't believe I am writing about these item songs. But these songs have taken our nation by storm. I am not in favour of these songs but I would be lying if I say Idid not watch these videos.(how else would I be writing about these songs?). I was disappointed with Katrina and also felt disgusted when I watched the song but I have been wondering though if there is any point criticising these songs? Who is to be blamed - the movie makers, lyricists or the actors? Why would they not make such item songs? Afterall, they are there for making money and such songs do generate huge revenues. The truth is film makers are only going by the demands of the modern day film industry and  liberalisation of mainstream cinema. The best the viewers can do is to hold onto their remote controls and also hold other plans on a Sunday afternoon rather than going to watch Dabaang or Tees Mar Khan.