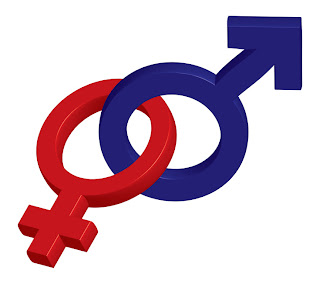 Men - to be precise, Indian men have always wanted, still want and will always want the woman in their lives to stand by them through thick and thin, love them, respect their opinions, accept them the way they are, appreciate them and nurture them and live in perfect harmony with them.

There is a general myth about men that they are strong but the honest truth is that they are like children and they seek love, attention and care and need outright nurturing. They always need a woman who can be sensitive to their needs and who knows just how to deal with them and their weaknesses.

Man’s expectation of a woman has changed over time from being a housewife doing the household chores and taking care of the children to a modern 21st century woman who is at par with man in every sphere of life, who has the option of running her home or following a professional career or doing both, but who still holds the traditional feminine values and cultural beliefs.

Two generations ago, when men were the sole breadwinners of the family, they preferred women who were strong and tolerant and who could gel well with the man and all the members of the joint family that they lived in. For example, my grandmother was an ‘’ideal’’ wife who stood by my grandfather through joy and sorrow equally. Like most of her peers she sacrificed a lot to be a good wife, good mother, good daughter in law, good sister in law and a good co sister. When my grandfather used to be away from home for months together on account of business, my grandmother took care of the entire household (their 7 children and her in-laws) without the help of a 'kamwaali baayi'. There were no take away services then. Dominos or Pizza Huts were unheard of. She did not have a two wheeler or a four wheeler to run to the market to get something if needed. Yet my grandmother never complained. My grandfather completely trusted her abilities to run the house efficiently while he concentrated on financial responsibilities of the house. My grandfather remembers my grandmother as an exemplar of a perfect woman and describes their life together as hard, simple, extremely content and peaceful.

My parent’s generation did not fit the model of 1950s yet they were not too far from that model. Things were slightly different then. Women had begun to step out of the house too for careers. Yet, they put the interests of the family first. The families in which the women went out to work, they let the household chores slide a bit only to spend quality time with their children and husband. They got home from office and cooked meals while helping the kids with their homework. The husbands concentrated on shopping for food and necessary items for the house. My mother was a housewife. Every morning she prepared breakfast for Papa, bhaiyya and me, and then packed lunch for all three of us. She saw us off and only after that would she have her breakfast. She used to complete all the household chores and daily food/grocery shopping and cooking before the three of us returned home. She then helped me and Bhaiya with our homework while Papa spent time reading the newspaper. In the evening entire family watched ‘Wagley ki duniya’, ‘Malgudi days’ etc on DD1 together. We used to go out for meal on Sunday afternoons so that Amma was free from kitchen in the morning and we could all watch ‘Ramayan’ and ‘Mahabharath’ together on DD1.  A part of the weekend was spent on telephonic conversations with grandparents and uncles and aunts. This was the norm in most of the families. Basically, women still ran the house on their own like the women from the 1950s did but with small amount of help and GREAT SUPPORT from their husbands. They still kept the best interests of the family at the forefront.  Men of this generation respected this very attribute of the women.

As for my generation, the model that our grandparents fit into so well has diminished yet the social legacy of core value systems that existed several generations ago is still prevalent today. Today, in most houses, kamwaali baayi does the household chores. Husband and wife equally share between them rest of the errands for the house. Take aways and eateries are available in abundance that women can afford to take a break from the kitchen if they wish sometimes. The current generation men, prefer ‘complete women’-  i.e. women who are independent, free thinking, smart and confident; who have tastes and lives of their own, who believe in ‘live and let live’, who have the option of running their house, following a career or managing both, women who can take pride in themselves and the family and yet be able to exhibit balance to care for the men and for the entire family.

Overall, men of all generation have given importance to a happy and peaceful home where they can return to at the end of the day. Due to advent of technology and impact of globalisation, men today have largely been successful in acquiring all the material aspects of life and therefore what they really need is what money cannot buy –  PEACE AND HAPPINESS.

The universal truth is that all the traits and tastes of men are totally different to that of women’s but isn’t that what makes it enjoyable for the two of them to live together? Isn’t that the very reason why the two of them get attracted towards each other? Seriously, would it be fun if men were highly organised and kept the house neat, if they remembered birthdays and anniversaries, if they did not appear strong from the outside, if they did not want to be pampered?? I mean, do both the genders not like those very traits about each other that they make jokes about??

Men may be from MARS and women from VENUS but they have to live together on planet earth and the honest truth is that whatever may be the differences between them, the two species have always wanted the same thing - a sense of belongingness, acceptance and appreciation; they have wanted to love and to be loved  and stay happy together.

Go to www.myntra.com and check out t shirts for men! Also visit the largest community of Indian Bloggers at BlogAdda.com