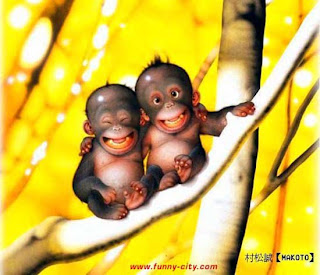 1)      I assumed  Television had the largest population - yes, I believed that all who appear on TV lived inside the TV. Especially the DD1 news readers, the actors and thousands of people who gather in the stadium to watch a cricket match or republic day parade. I also, wondered what did the actors do when the news readers were reading the news and vice versa. Also, what did all of them do when our TV was switched off?

2)      In Hindi movies, whenever the actors disguised by pasting a mole on their face, i believed that others could not recognise them. Yet, I wondered why I was able to recognise the actors? I assumed that is because I was very smart.

3)      I believed a  Foreign country meant AMERICA. Srilanka, Pakistan and Bangladesh were neighbouring countries. I didn’t know about other countries then.

4)     When my cousins and I used to gather and the elders would suggest a game – '' one who keeps quiet for the longest period is GOD''. I believed that was true and wanted to be quiet more than anything else.

5)      When someone said ''pet mein choohey daud rahey hain'' I believed there were rats inside their tummy and felt YUCK.

6)      During the fighting sequence in the movies, I used to be quite fascinated by the ‘Dishum Dishum’ noise. I used to hit my brother and wonder why there was no dishum dishum noise?

7)      Just before bedtime, when Amma and Papa used to ask me to brush my teeth, I used to pretend to be asleep. Dad used to say that if someone is asleep, then they should snore. Immediately, I used to make snoring noises, assuming that they would believe I was asleep. This was the case on most of the evenings, and I believed that I was smarter than them.

8)      I used to hide behind the bedroom door and shout ‘bhow’ at my parents when they entered the room and actually believed that they got scared.

9)   I was clever enough to know that playback singers sang for actors. But, when Aamir and Juhi  in (QSQT) were lost in the forest singing (gazab ka hai din), I wondered Where were Udit and Alka?