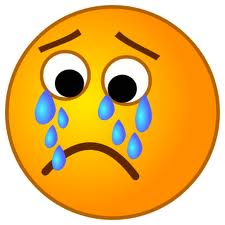 This evening as I was walking out of the office door, I bumped into Henry,  my colleague. Today was Henry's first day back in the office after the Christmas and New year break. I had not had a chance to speak to him all day. So I greeted him with a big smile and wished him Happy New Year. He reciprocated. So far so good, but the trouble started when I decided to continue speaking about the festive season. Earlier, I had heard others in the office ask one another whether they spent their Christmas with their family. I threw the same question at Henry:


Me: So, did you spend time with your parents on Christmas day?
Henry: Nah...I just stayed at home and relaxed.

Henry: It is very difficult and a long distance to reach them.

Me: You had so many days off work and yet you did not visit your parents!!!!!!

''That's where they live'', said Henry, pointing at the sky. If I had not already felt awful listening to this, Henry further added, '' I am an orphan''.

I was dumbfounded at that and equally embarrassed. I am still mad at myself for having asked Henry so many questions. Honestly, I thought I was striking a casual conversation. I had no idea I would end up upsetting Henry and in turn myself.

Having said that, I learnt a lesson this evening to not to probe so deep into another person's life. I resolve never to ask someone something just because everyone else asks each other.